Some backstory: A long time ago, there was the Sea House Pavilion build. Good times.

It surprise-won the Grand Prize in that year’s HBS contest. Then more stuff happened, and once again, we packed up and moved house. This time, up the coast to Pacifica. Time passed, and we got a new kitten. Whereas the older two boy cats had always ignored my work, Scarlett’s relentless depredations of all miniature endeavors, um, challenged my work flow. All the builds had to go live on top of tall bookcases. 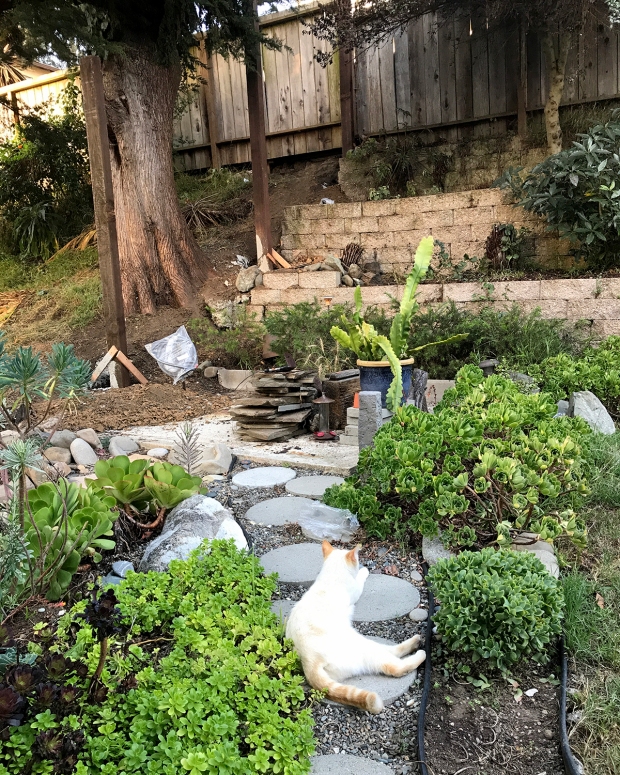 Here is the above-mentioned cat, now slightly less naughty, and a partial view of our north fence line, in the process of being demolished and rebuilt. 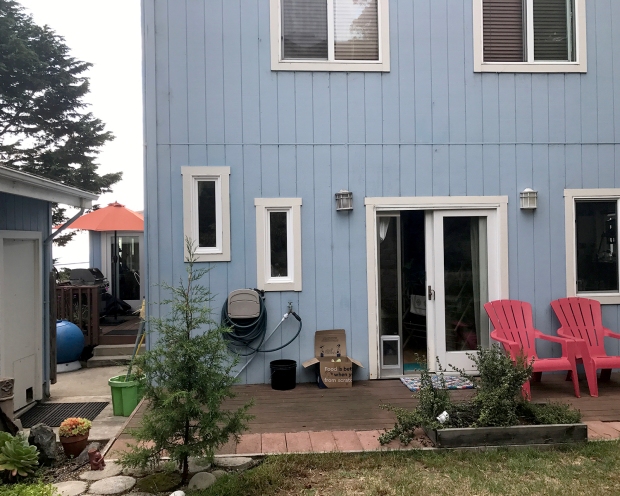 Late this afternoon, I sat outside on the retaining wall, looking at the back of our little blu house. We’ve had some very high temperatures in the San Francisco Bay Area — like, tacky wax melting; all the miniature pictures and signs fell off walls in all the builds. Triple digits F° hot. Today was the first day it was possible, pleasant even, to be outside.

Perhaps it was the temporary expansiveness of a fence-less suburban back yard… but an idea — a solution to something else entirely — occurred to me. 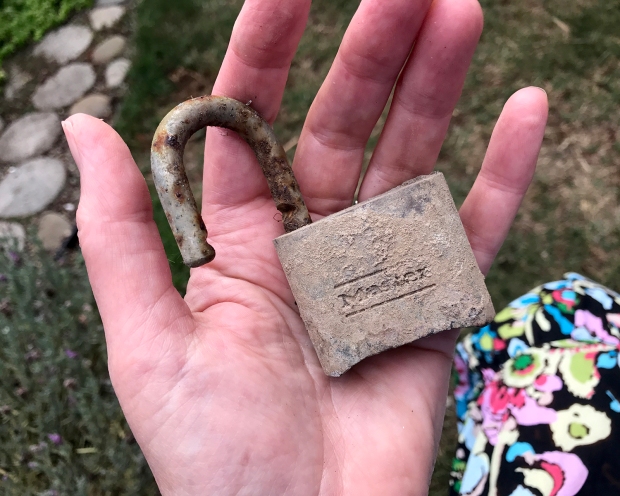 The idea began when I unearthed this lovely corroded Master lock, as I was weeding and tidying up some of the excavations before the fence guys return tomorrow. Kris Compas’s post about how she dilapidates upholstery, read earlier in the day, and the steady stream of Abandoned Miniatures in my FB feed no doubt contributed to my thinkings.

So the idea to reimagine the Sea House Pavilion as “a post-sea level rise coastal squat” may be the solution — a transformation — to the problem of housing all these builds. Just keep remodeling them! And I get to do research and problem solving and learn by doing new techniques! My favorite things! There’s still Scarlett to reckon with, of course, but she may turn out to be my assistant disheveler.

14 thoughts on “An Idea Occurs”