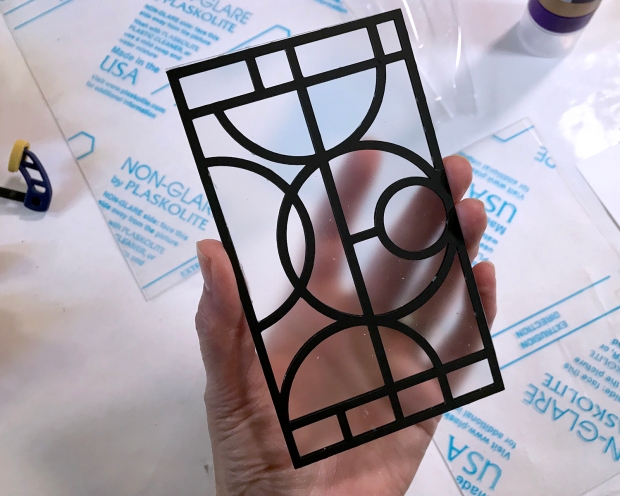 The topic of this and last week’s Santa Cruz commute thinking time was about how to render the Sea Rise Sea House Pavilion’s greenhouse windows. I knew I wanted to do something leaded (or leaded-esque), and I knew the inevitable off-square measurements of the actual structure would be a nightmare to fit.

I’ve built two wing extensions on either side of the main deck to increase the living space area. One side is the greenhouse, and the other will be the shower and sleeping alcove. For the greenhouse leaded glass, I drew my designs using 9-point (1/8-inch) lines, which seem reasonably robust for a seaward structure. They’re cut from black cardstock, and glued front and back to non-glare Plaskolite, which provides a semi-opaque — and salt-spray burnished — surface.

My initial approach was to tediously center the Plaskolite within the 3/16-inch framing. (Of course if I was more dedicated, I would have routed a channel in the  each of the frames, or, have built them with three layers of stock. But I’m not.) As I was fiddling about with measurements and drawing and cutting prototypes, I realized the best — and squarest — way is to cut the panes and cardstock leading a scant larger than the outside window openings, and glue them atop the frames. Then, trim out with thin strip wood. 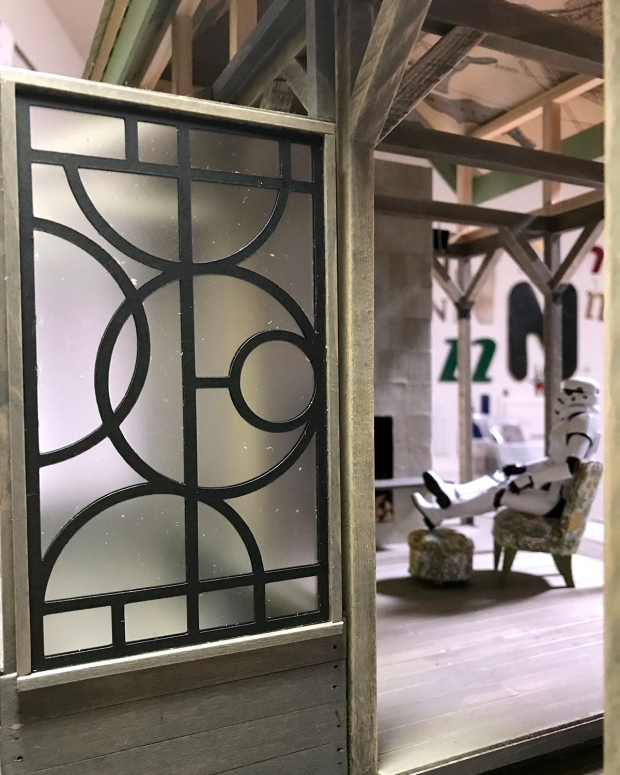 It looks just fine! Intentional, even. The two layers of cardstock, glued to the Plaskolite front and back, look believable. Even the little schmutzes of glue make sense in a marine environment (although they are easily cleaned up.)

Here’s the whole structure-in-progress, including the new roof extension, which might be where the sleeping quarters wind up. 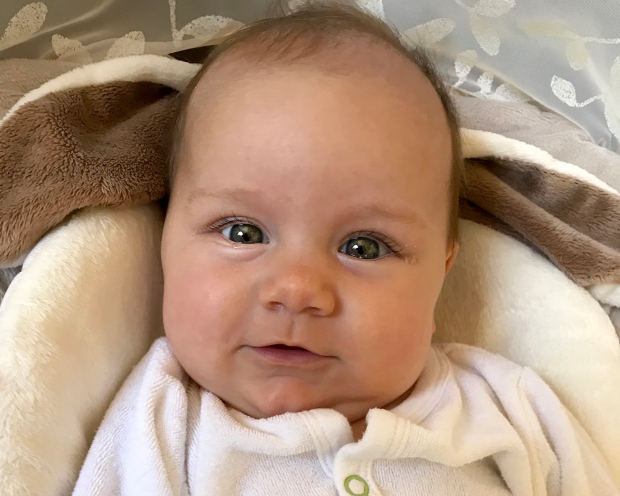 And here is the main — or one of the many — reasons I drive down to Santa Cruz each week: for Ruby, now four months old. She lights up a room, no batteries, routing or wires required.

19 thoughts on “Sometimes, things work out better than hoped for”