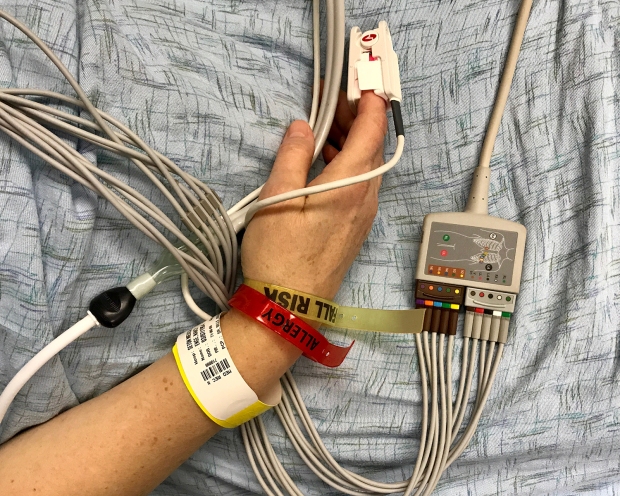 What happened was not anyone’s fault. It was not because of what the surgery team, or the hospital, or Mercury — or I — did or did not do. It was more just a clusterfuck of normal, acceptable and carefully calculated risks gone awry. Two weeks post-surgery, I ended up back in the hospital, via the emergency room. (I got some new bracelets and a gown, a mid-century scratch print in pale blue, gray and teal.)

Here I was earlier on that day, patiently healing away, legs elevated to combat the cartoon-like swelling in my feet and legs, memory foam pillow held over my stomach with just the right amount of pressure to ease the mild, persistent nausea, likewise, ice pack on brow to numb the headache. 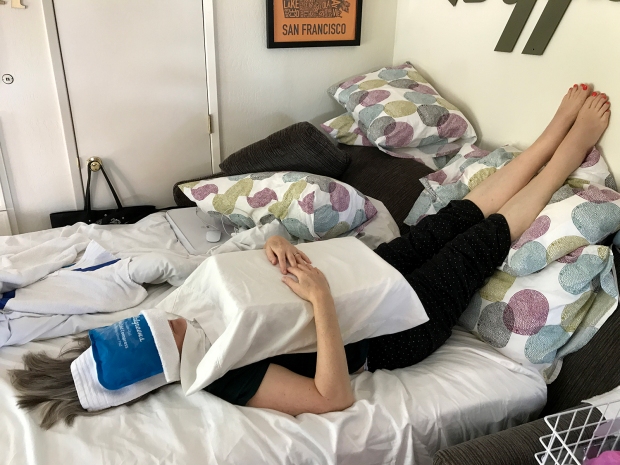 Unfortunately, inside my body was bleeding inappropriately, unknown to us. I was feeling increasingly crummy — a new kind of crummy — and short of breath, and very pale. Fortunately, my daughter, a nurse practitioner, was with me that day and recognized that something was seriously wrong. She coordinated with my doctors and we hied ourselves to the ER.

I wound up losing half of my blood volume and developed severe anemia —though it took eight hours of testing in the ER and two more days of various hospital tests to arrive at this diagnosis, and to rule out all others. 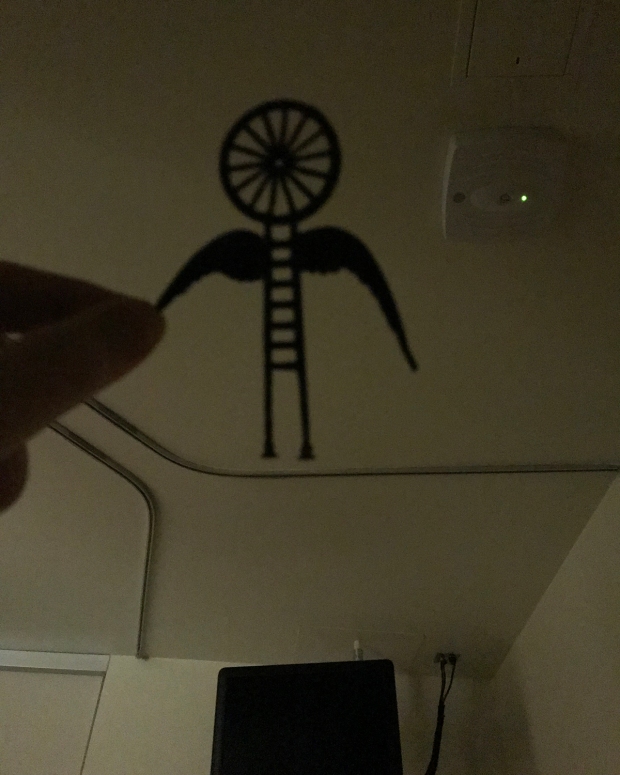 I was sad and frightened and angry and very uncomfortable that long first night, and Wheelie came out to keep me company. Also the hospital had shitty wifi. 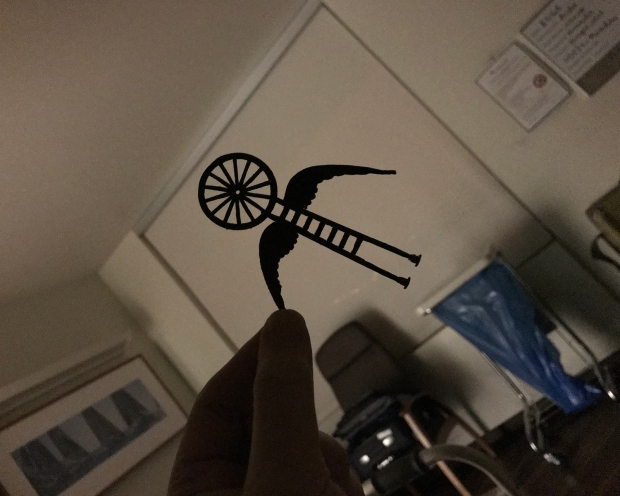 After ruling out embolisms, transfusing two units of blood, determining the internal bleeding had likely stopped, that my shortness of breath was getting longer, that there had been no damage done to my heart when it was trying to maintain me with half a blood supply, and that all other systems were, um, regular, I was released back out into the world. 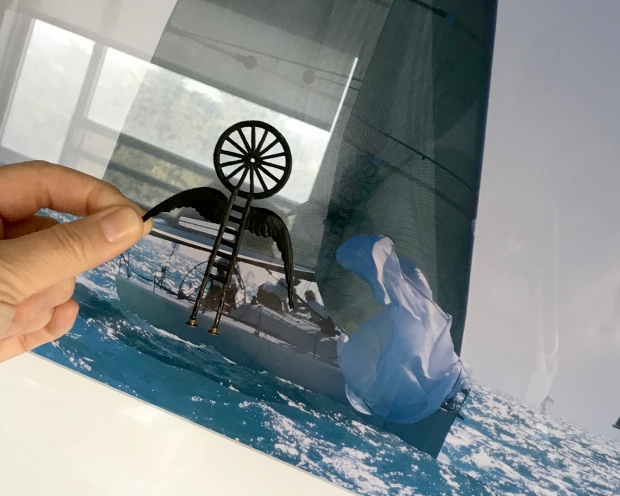 I don’t think home has ever looked so welcome. 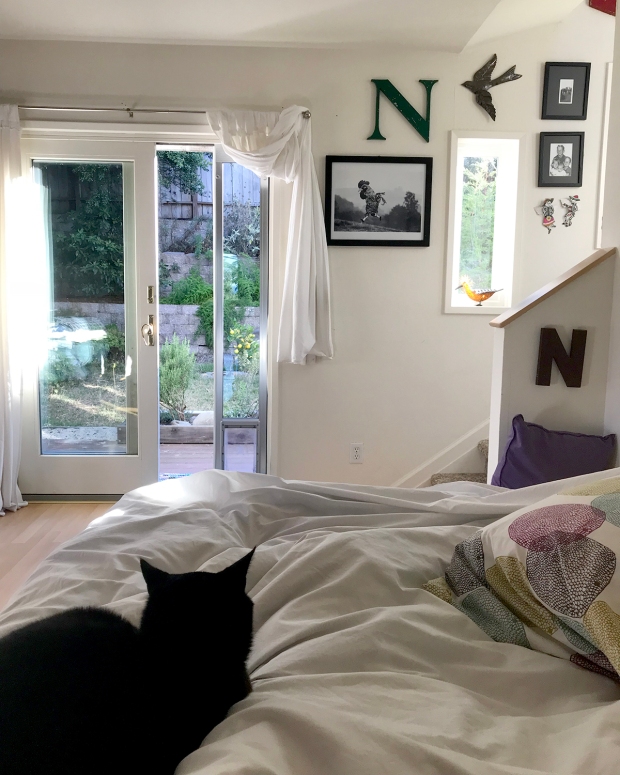 get the fabulous things

That state of mind where all things are possible. Transformation — always possible. Some in the process of becoming, others might already have been. What will be? Designer and modern miniaturist Nancy Enge sets her inquiries here. Pose your beautiful questions to nancy@nancyland.com.